I was working on an illustration for a friend. I came up with the idea of ​​doing something with clouds. I live on the fifth floor and from my house I can see the sky splendor every day. I also find the old masters and their clouds with the ‘Dutch light‘ always very beautiful. So I have made an attempt to capture that Dutch light.

In addition, there is the contrast of the American Billboard, which calls you with big screaming letters. From the billboard there is also a beam of light that touches the clouds lightly. It is meant as a beautiful ironic light 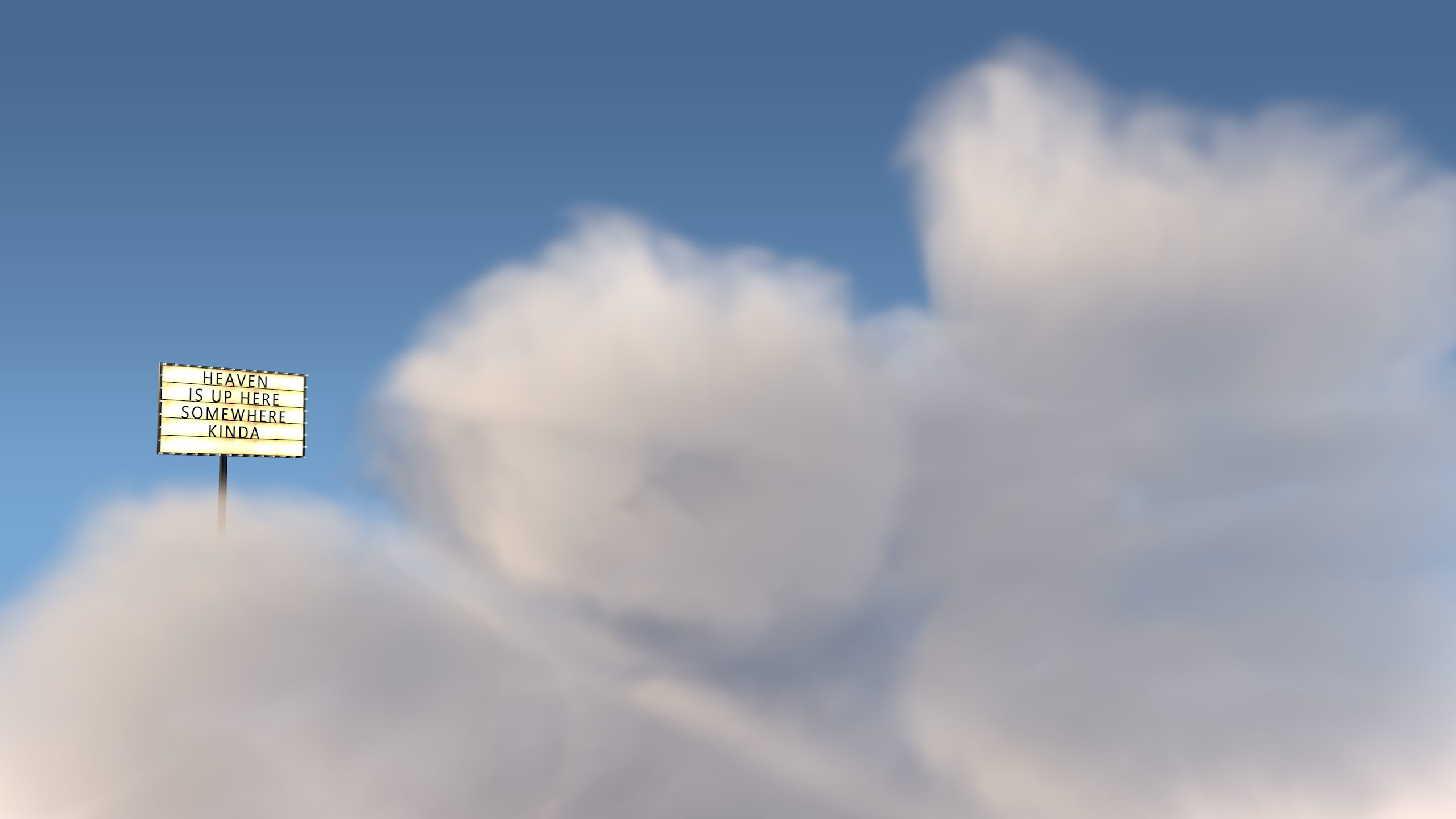